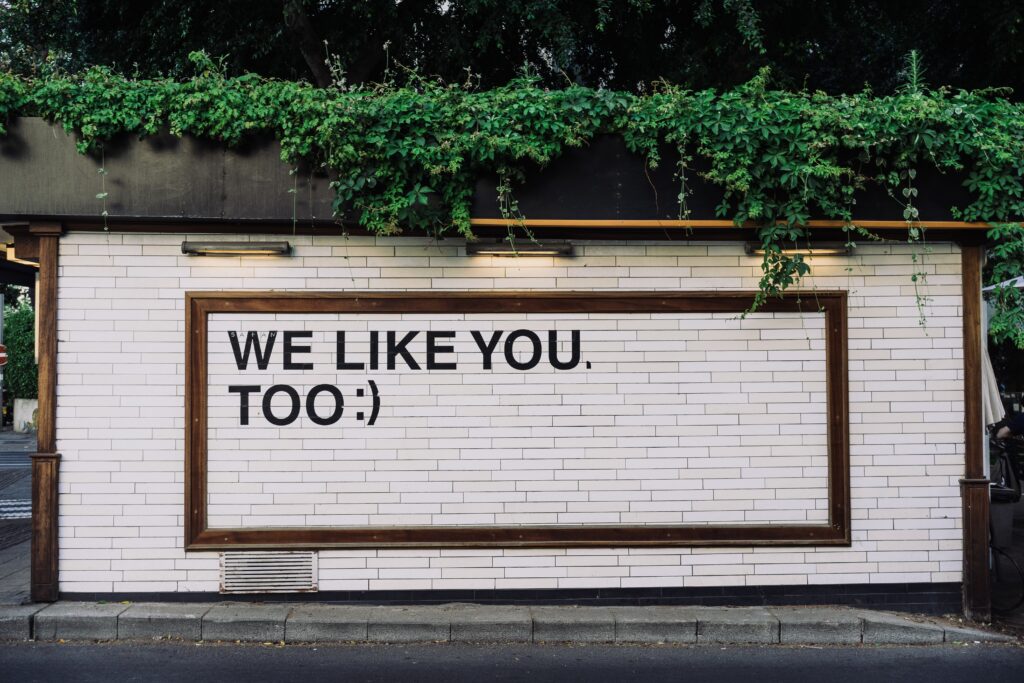 Why Customers Love The Brands That Live their Values

Long ago, when times were simpler and customers less sophisticated, businesses could sell their products by advertising their products.

Then, as commerce became globalised and the market became more crowded, it was no longer enough to advertise their products; they had to sell a lifestyle. Nowadays, it’s not only the lifestyle that consumers buy into – it’s a whole mindset. The new generation of consumers wants to know what a brand’s values are.

On social media, there is no escape from brands shouting about their stance on the latest social issue. There’s Dove promoting body positivity, and Nike placing the NFL legend Colin Kaepernick, who took the knee before a game as a protest over police brutality, at the front of its campaign. There’s McDonald’s and its rainbow fries container during Gay Pride week, Procter & Gamble’s #WeSeeEqual anti-gender -stereotyping campaign. The list goes on.

The reason that brands are desperate to show where they stand is that they have no choice. They know that consumers today simply won’t buy from a brand that doesn’t reflect their values.

According to a 2018 report by Edelman, two-thirds of consumers expect brands to make clear their values and their position on important social issues. It also found that half of the people surveyed would either choose, avoid or switch to brands based on their stance on social issues. And 65% of respondents said they wouldn’t buy from companies that have remained quiet on issues when they believe they should have spoken up.

Another 2018 survey by DoSomething found that 67% of respondents would stop purchasing if a brand stood for something that didn’t align with their values. And if you do align with their values, you’re onto a winner. The controversial Nike ad featuring Colin Kaepernick attracted record brand engagement, and $6bn was added to the company’s value in the period after it aired. Nike took a risk, and it paid off.

So the benefits of “purpose marketing” are indisputable. If you want to build loyalty with consumers – of the Millenial and Gen Z age-group in particular – then you need to be on the same page when it comes to social values. However, when brands try to appear ‘woke’, then it’s all too easy to appear inauthentic, hypocritical, or just try-too-hard. And if you don’t get it quite right, the price can be painfully high.

Peloton is one brand that discovered just how high this price can be. Having emblazoned its support for Black Lives Matter across social media, it later had to apologize for the lack of diversity among its own senior staff. And the tone-deaf ad in which Kendal Jenner (who’s definitely white) hands out cans of Pepsi to police to bring peace to a Black Lives Matter protest, drew a backlash that will linger longer in the memory.

The young generation of social-media-savvy consumers is willing and extremely able, to call out and ridicule a brand they consider to be piggy-backing on social issues, culturally ignorant or just plain hypocritical.

The key to navigating this moral minefield and avoiding the fate of Pepsi and Peloton is authenticity. It is not enough for a company to talk about their values, or simply to state that they stand for something. If you are paying lip service to an issue without meaningful action, or ‘woke-washing’, then you will be noticed – and not in a good way. To be taken seriously, a brand has to actually live the values they purport to care about. And to do so means investing heavily, both in time and resources.

The best way to be authentic is to get your own house in order before you do anything else. If you want people to know that you care about gender equality, for instance, then take a good look at your recruitment process, the diversity in your boardroom, how much you pay employees of every gender, and examine every part of your external and internal operations. If gender equality is not clear at the core of everything you do, then invest in structural change. If you don’t, then you are part of the very problem that you profess to stand against.

Do not remain silent

There are the brands that have missed the mark when it comes to taking a social stance and then there are those that haven’t even tried. Staying silent on a big issue is not a good look. Uber discovered this the hard way when it continued to pick up fares during a taxi strike in protest at Donald Trump’s banning of nationals from seven countries. The #DeleteUber hashtag was not the publicity its marketing department would have wanted.

Own your mistakes and show how you are rectifying them

If things could be better in your organisation – more gender-equal, for example, or more ethnically diverse – then admit it. Be transparent about your failings and show what you are doing to address them.

Starbucks gave a lesson on how to do this. In an incident in 2018, staff called the police on two innocent black men at one of its US cafés and got them wrongfully arrested. Starbucks responded quickly by closing down all of its shops and giving its staff special training. The company also communicated its position sincerely, admitting that it was ‘still learning’.

There is no short-cut

It is not enough to produce a one-off campaign, make a big donation or issue a public statement. Brands who are authentic need to be ‘issue fluent’. Do the hard work – make sure you really understand the topic and all of its nuances, then build your communications, clearly and consistently over time. If your communications come across as culturally ignorant or tone-deaf could well be worse than not getting involved at all. Just ask Pepsi and Kendal.

Be both brand and advocate

To be successful in purpose marketing, businesses need to go beyond branding and into the realms of advocacy. That means not making gestures or resorting to tokenism, or just throwing money at the issue. It means taking a stance early, taking it consistently, and carrying those values right into the heart of your company culture.

Responsive web design (RWD) is an approach to web design that makes web pages render well on a variety of devices and window or screen sizes.

In other words, we can design your website to look amazing on every device, computers, tablets and mobile phones.

Working from a strategic-creative platform, we develop digital marketing solutions with elasticity—expanding and contorting to suit the shape and dimension of business goals and customer expectations.

The strength of our digital agency lies in an ever-evolving set of core competencies, nimbly combined and refined into a custom solution for our clients and their brands.

We implement SEO (Search Engine Optimization) to improve the quality and quantity of website traffic to your website or e-shop from search engines. SEO targets unpaid (organic) traffic rather than direct traffic or paid traffic. A good SEO impementation guarantees a higher position in search engines lists without paid promotion.

Social media marketing is the use of social media platforms to connect with your audience to build your brand, increase sales, and drive website traffic. This involves publishing great content on your social media profiles, listening to and engaging your followers, analyzing your results, and running social media advertisements.